It’s amazing how so simple ingredients like a gel of starch and sugar can produce so delightful thing – Turkish delight. Turkish delight is only one name for this candy; lokum, rahat hulkum, rahat lokum and many other transliterations for the same family of sweets. “Lokum” comes from the Arabic Halkum or Al-Halkum. In the Arab world, Turkish delights are called rāḥat al-ḥulqūm which means “Throat Comfort”. In English, it was formerly alternatively known as Lumps of Delight. No matter the name, people have been enjoying this sweet for over 700 years!

In the Ottoman era it was eaten for digestion after meals. Ottoman confectionery was originally sweetened with honey and molasses, using water and flour as the binding agents, with rosewater, lemon peel and bitter orange as the most common flavours (red, yellow and green).

Premium varieties consist largely of chopped dates, pistachios, and hazelnuts or walnuts bound by the gel. The confection is often packaged and eaten in small cubes dusted with icing sugar, copra, or powdered cream of tartar, to prevent clinging. Cinnamon and mint are other common flavours.

The exact origin of lokum is not definitively known. However, the story of Turkish delight begins from a Turkish man called Bekir Efendi, named Hacı Bekir, after performing the Hajj. The Hajj is an annual Islamic pilgrimage to Mecca, and a mandatory religious duty for Muslims that must be carried out at least once in their lifetime by all adult Muslims who are physically and financially capable of undertaking the journey, and can support their family during their absence.

In the Louvre, there is a painting of an aged Haci Bekir weighing out Turkish Delight, painted by Amedeo Preziosi (1816 – 1882)

Hacı Bekir moved to Istanbul from his hometown Kastamonu and opened his confectionery shop in the district of Bahçekapı in 1777. The company still operates under the founder’s name. Hacı Bekir introduced the use of glucose in 1811, shortly after it had been discovered by Gottlieb Kirchhoff. In 1897, his grandson, Ali Muhiddin Hacı Bekir, presented Turkish delight to Europeans at the Brussels exhibition, got a gold medal and signed a few commercial contracts.

However, about that time an unknown Briton reputedly became very fond of the delicacy during his travels to Istanbul and purchased cases of it, to be shipped back to Britain under the name Turkish Delight. It became a major delicacy in Britain and throughout Continental Europe for high class society. During this time, it became a practice among upper class socialites to exchange pieces of Turkish Delight wrapped in silk handkerchiefs as presents.

Turkish delight has become a favourite sweet loved by many all over the globe. Books, poems, movies, and cartoons praise it.

As a mothers love for her childIt came to life

There are a few words to describe

Such insatiable taste of something so refine

Mildly put, there are a few who compare

Better yet someone so rare

Of character so pure

Even the skies aren’t so blue

In The Paradise, Miss Audrey, the head of ladies wear department, falls ill and loses her voice. Her former beau, the department store’s direct competitor, brings her “Lumps of Delight”. He knows that her illness is psychological, as the only other time she lost her voice was after his proposal.

An episode of Mickey Mouse was named “Turkish Delights” and involved the titular character selling the confections in The Grand Bazaar.

If you never tried Turkish Delights, then you definitely should.

Why wedding cakes taste better than regular ones?
7 Savory fruit appetizers you can make at home with ease
The sweetest gift for your Valentine
Vision-Plus Natural Snack 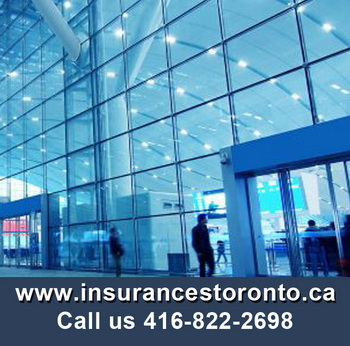